All classes started the week with an animal-sculpture challenge...children chose an animal and made a representation of it in a tray...the other children in the class then had to then identify what the animal was. 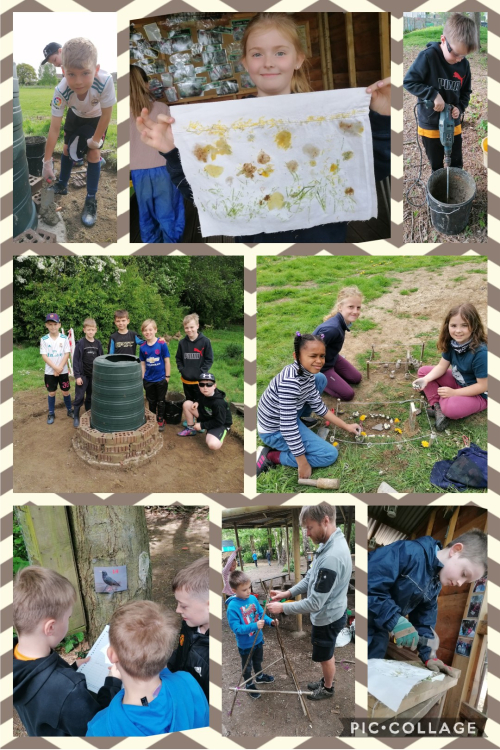 There were 12 animals in total and there were some exceptional sculptures made! Children were Inquisitive, Problem Solving, Creative and Independent. 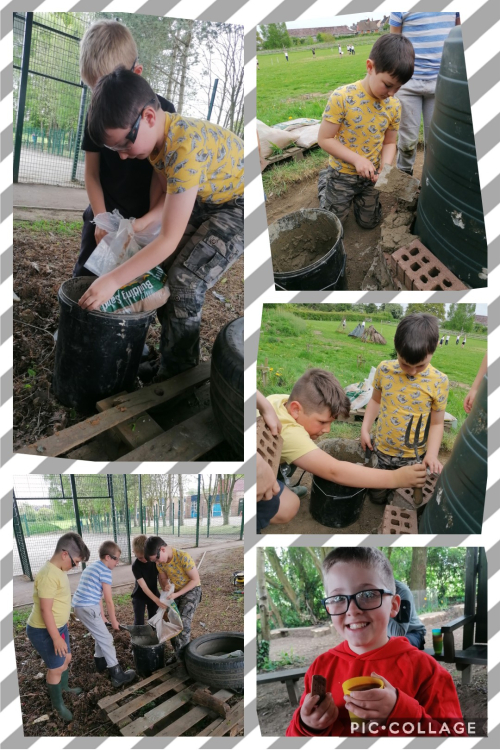 The memorial for the Queen's Jubilee is coming along and we have identified some exceptional bricklayers in both Upper and Lower school - they have mastered the mixing whisk, trowel and pointing bar! 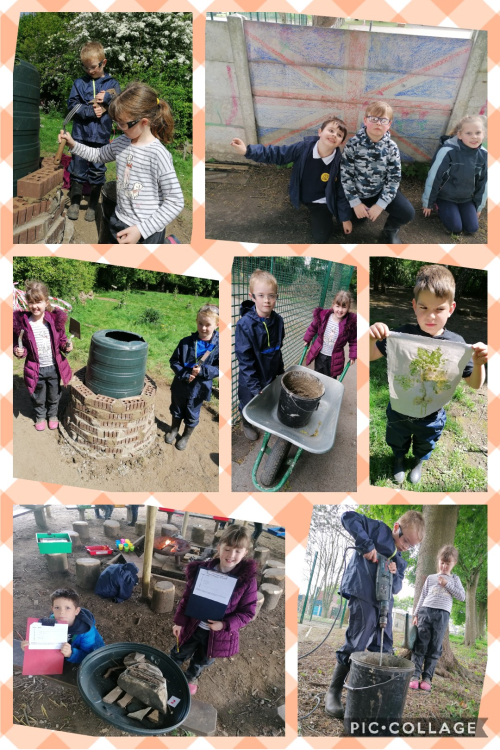 Three courses to go and then we're ready to encase the jam-jars (see message on Parent Hub and in the Newsletter).  Special mention here to the children who shifted the 750kg of gravel that now skirt the memorial...some of whom worked in pouring rain without complaint! 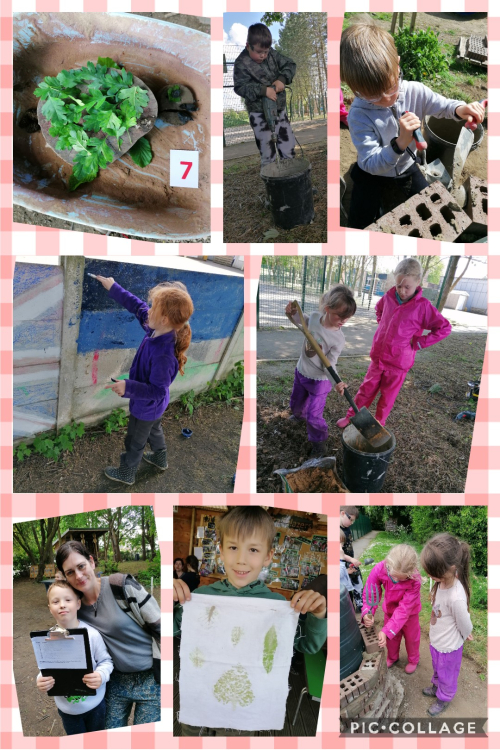 Other things going on have been leaf printing on cloth and in clay, fire making, graffiti art, den building and sadly, another bird funeral (this time a female black-bird that appeared to have flown into a window). 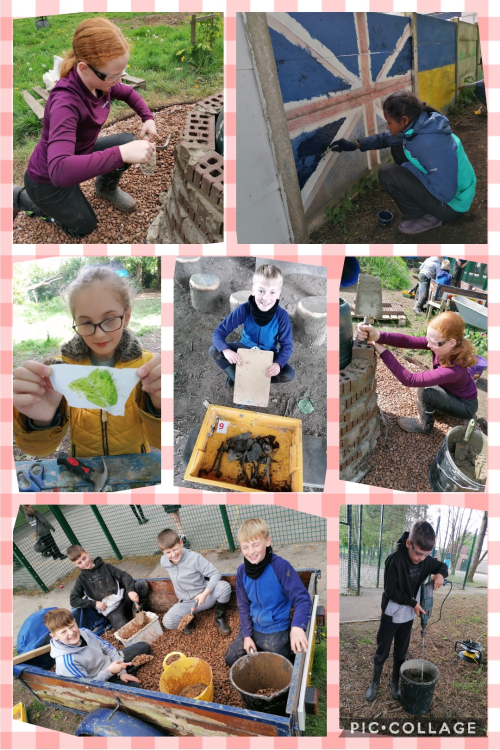 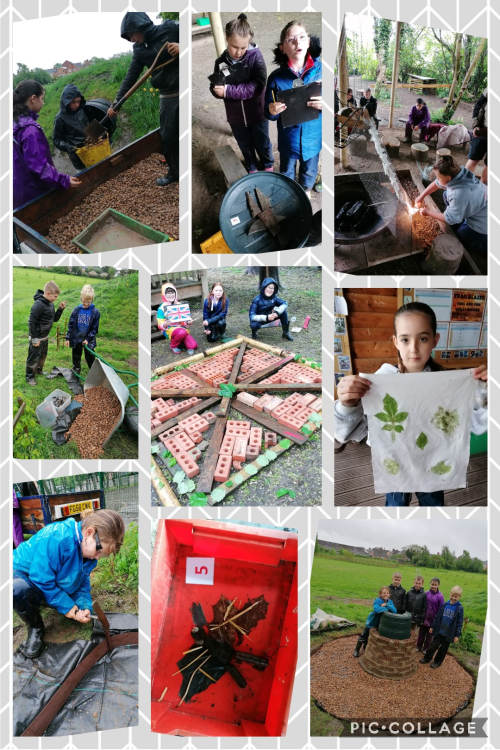