You're not going to believe it...seriously...even I had to pinch my self...I mean...it sounds daft and implausable...but...well...we were visited by Janet and Bill this week of Smeds and Smoos fame! It was great timing actually as Jayne and Gary had both gone home sick which meant Bill and Janet were able to help us with our session! They were a bit shy at first, but the Kind and Caring children of KJS soon coaxed them out of their hidey hole. 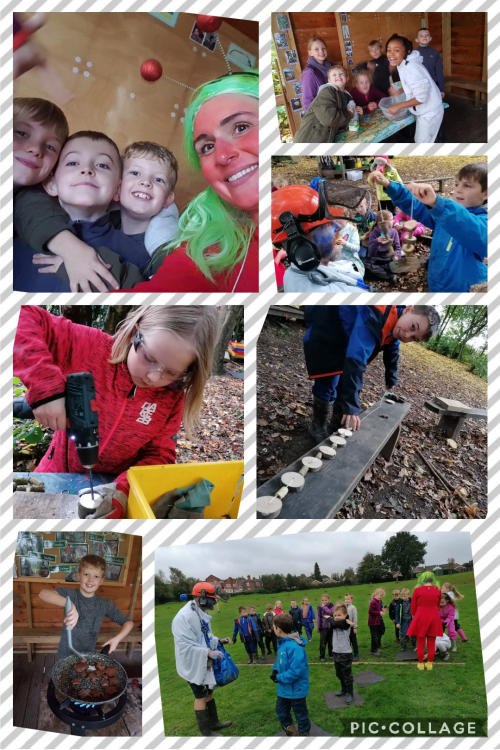 They told us of how their rocket had crashed in the sea (some of the children heard the explosion in the night) and how they had had to swim to safety, being chased by botty pinching sharks - we played a game that recreated their experience and the children had to be Collaborative, Communicative and Problem Solving (none were lost to the sharks). 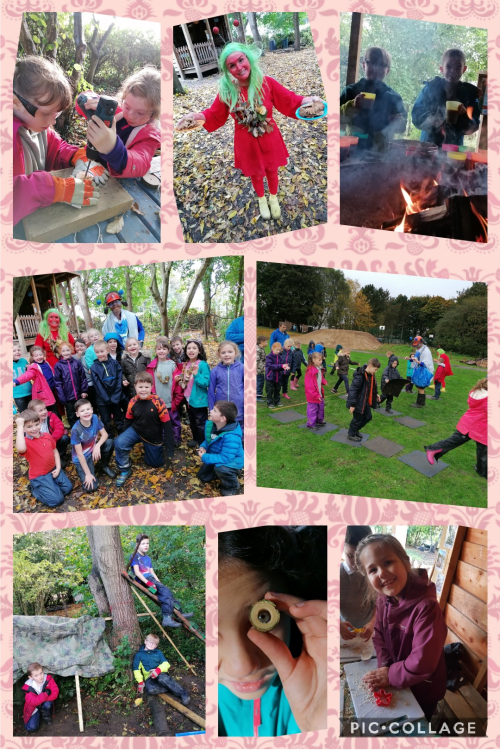 Make woodland jewellery to take home as gifts; look for mini-beasts in our pond to take home to Janet's green lake; cook some Bill and Janet biscuits.

We did all of the above and had great fun with Bill and Janet.

Some in Upper School were set the challenge of making a space-themed orienteering course featuring collages as controls - all other children would complete the course at the end of the session. 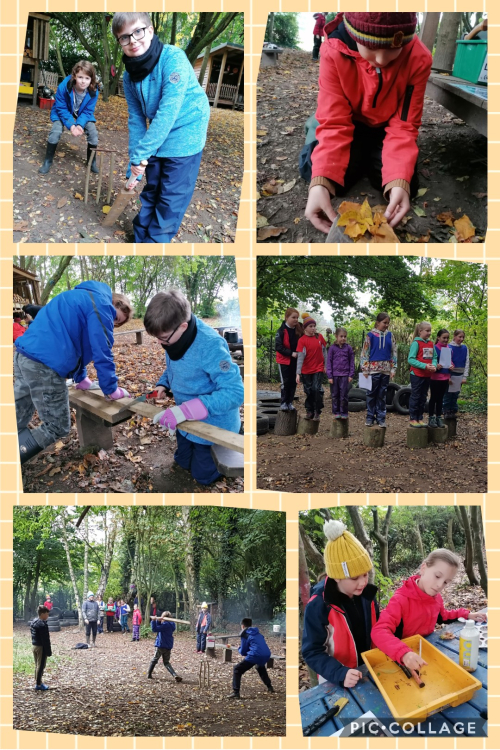 Support was needed to ensure good Organisation, but once a strategy was agreed, children worked Creatively and with Precision, setting controls accurately before marking locations on a map. 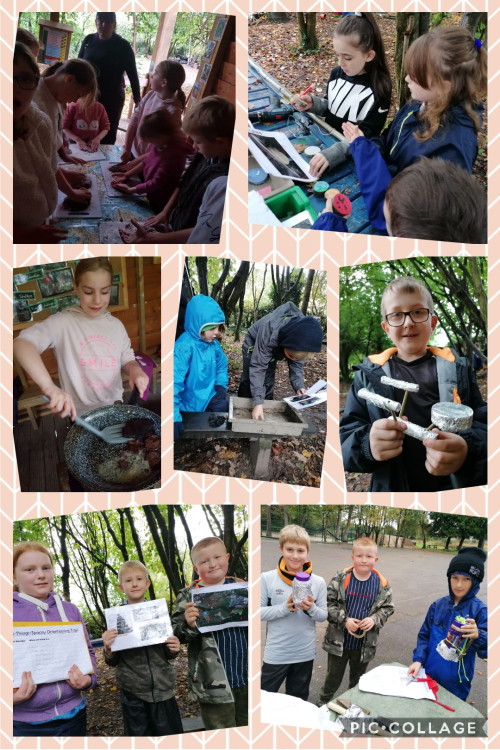 Other groups completed their Smeds and Smoos plays, some performing to their classmates while others performed to Lower School children after constructing their own scene and seating area.

Children were wonderfully Confident and acted with real zest! 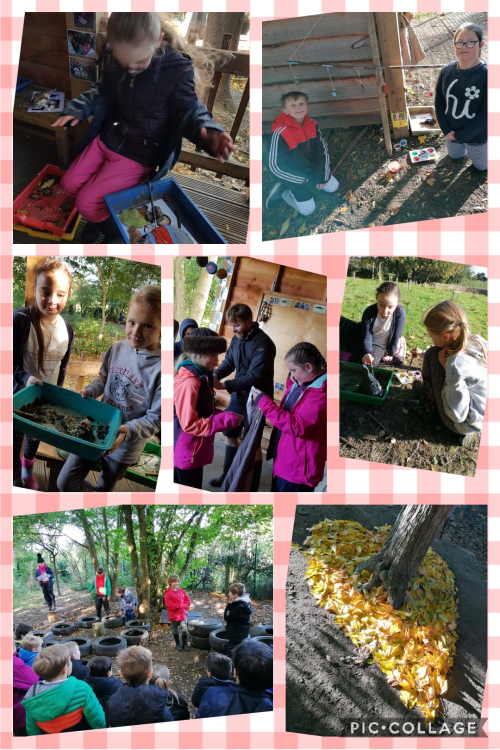 Others completed their mobiles, cooked solar-system biscuits or added finishing touches to re-entry craft - one eggstronaut survived the drop from the drone but alas it was too windy for tests 2 and 3.

PS: thanks to Chris and Oscar for making a cricket set - woodland cricket was a TB first!